This contemplation by Andreas is an invitation to ask questions. As we become conscious of the consequences of our collective carelessness, questions such as “What can I give?” can help us to steady and deepen our motivation to practice.

We’ve all been given a gift. The gift of life. What we do with our lives is our gift back.

Two hundred kilometers south of Madrid, the sun burns mercilessly onto the runway of an abandoned airport. The building costs of the first privately owned airport in Spain apparently amount to over 400 Million Euros. Opened in 2008 and shut down only four years later, Aeropuerto Central Ciudad Real now serves as a backdrop for all sorts of film shoots.

Together with a team of about 50 talented filmmakers, I’m on set for a commercial that features the latest model of a popular German sports car. As a Visual Effects Supervisor, it is my duty to make sure everything is recorded within certain technical parameters. Over a decade of experience in my job has been necessary to enable me to weigh complex issues and make the right decisions under extreme time pressure—in the midst of the challenging (and often chaotic) circumstances of a film set. Most team members of the film crew are experienced professionals in their field of expertise. A few weeks later in post-production, a team of equally talented and dedicated digital artists will recreate parts of the filmed scenes digitally.

I sometimes marvel at the amount of energy, creativity, concentration and other precious human qualities, we filmmakers invest in our job. Day in, day out—we get up and do our thing. We endure unacceptable working conditions, end up in heated discussions with colleagues, work overtime and neglect our family and friends in favour of our jobs. Sometimes, we are lucky to work on a movie we might enjoy watching. Other times, we work hard to make a product look nice, that we have no emotional connection with—in my case that would be German sports cars. During those times, I have asked myself numerous times: What for? Yes, of course, it’s a job and as adults we sometimes have to do things we don’t like. I get it. But what would happen if we seriously ask the question: Is what I am doing really worth the amount of time and energy I put in?

The Elephant in the Room

There’s an elephant in the room—and we know it. Our consumer culture is built around the question: “What can I get?”. At the depth of our being we know for ourselves that no amount of achieving career goals, consuming gadgets, entertainment, news or even knowledge is going to make us happy—and yet we do it anyways.

We put ever more energy into an old cultural story that has become unsustainable in so many ways. However, we can sense that our ways of working and living have become destructive. Asking questions such as “What for?” or “What can I give?” can be an important antidote to the destructive forces of our current consumer culture. Our current situation provides an appropriate context for these heart-felt questions. What can I give, as the consequences of our careless actions become visible to us in the form of extreme climatic weather events, social injustice, loss of biodiversity or species extinction?

The challenge is to open up emotionally—not just intellectually—to the global effects of our modern lifestyle. Inevitably, there will be difficult feelings such as fear and grief. The practice of meditation and contemplation—and the stability that comes with it—can help us navigate and explore these feelings without falling into despair. With enough equanimity, we might even discover our immense potential for inner growth and cultural transformation. In a world in which so much damage has been done, there will be plenty of opportunities to give and to contribute to healing. As we become conscious of the consequences of our collective carelessness, the question “What can I give?” will also become less theoretical and more palpable. Just imagine for a moment the energy that flows into the making and marketing of consumer products being redirected towards the restoration of damaged ecosystems. It’s a simple change in direction and yet, in our current culture with its obsession for pointless economic growth, it seems almost like an impossible revolution of the mind. We need a practice that can make us steady and compassionate enough to take in the devastating truths of our current consumer culture and transform them into a constructive engagement with our talents and problems.

You may give gifts without caring, but you can’t care without giving.

Obviously, “What can I give?” is not a question meant to be answered intellectually. In Zen-Buddhism, such questions are called a koan. They are traditionally given from teacher to student as a means to wake up. The student is instructed to investigate deeply into the question with his or her whole being. A koan is sometimes vividly described as a hot iron ball that one can neither swallow nor spit out. Other traditions have developed different concepts to infuse one’s practice with a deep-seated, altruistic motivation. In Mahayana-Buddhism, students vow to become a Bodhisattva—an enlightened being who strives for the deepest insights in order to save all sentient beings.

Maybe in our time, an honest and whole-hearted investigation into the question “What can I give?” function as a potent motivation to deepen one’s practice. Realistically, we will repeatedly discover how much of “What can I get?” is still unconsciously woven into our attempts to give without expectation. Due to the spiral nature of practice, we repeatedly return to certain vantage points on our path—ideally with a deeper, more inclusive and mature perspective.

About the Duality of Give and Take

Even in its purest form, the question “What can I give?” is a variation of “What can I get?”. Both are essentially self-centered questions, as they inevitably include a perception of separation between me and the world—between me, the “thing” that “I” give or get and the person who receives it.

Nonetheless, even if our noble intentions are to a certain extend mixed up with our self-centered needs, it can still be seen as an expression of our deeply human impulse to care. An important part of our practice is to cultivate wholesome states of mind, such as generosity, in order to gradually develop towards less self-centered, less fabricated states of mind. To be concerned with what one can give (back) to the world, is a step in that direction. Of course, we also have to be wary of psychological patterns such as pathological altruism (also known as helper-syndrome), in which one thinks to have an altruistic intention but is mainly driven by their unconscious need to feel better. However, at a certain depth of practice, we’ll be able to look through these kinds of psychological patterns.

As meditators—over and over again—we experience the illusory, non-graspable nature of the separate self and the immanent suffering that comes with experiencing this separation. An honest exploration into the question “What can I give?” can be seen as a gateway to deeper insights that eventually lead beyond the duality of give and take. As the practice deepens over the years, the felt duality between “me” and “the world” fades away and a profound freedom and connectedness—previously unimaginable—takes its place. Until such deeply human qualities stabilize, our practice increases the chance to experience moments of stillness and insight into our potential for inner growth.

A Taste of Freedom

As I stood there, sweat dripping onto the overheated runway of an abandoned Spanish airport, little did I know that I would soon experience such a moment of deep stillness. Located close to a small village in the middle of nowhere, the film crew was accommodated at a luxurious five-star hotel, which—ironically—was once a monastery. As the sun went down, the heat of the day transformed into a pleasant warmth. I managed to get away from the superficial small talk during dinner—to take a walk in the fields behind the village. 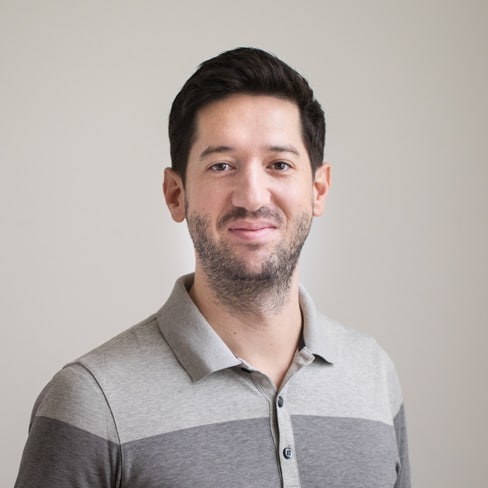 After a personal life crisis in 2012, I began to meditate. Since then, I have always been amazed at how my meditation practice has changed and deepened over the years. In 2017, I completed an apprenticeship as an MBSR teacher. MBSR stands for mindfulness-based stress reduction. Together with Nils Schmalenbach, I developed the idea for a website about inner growth and cultural transformation. The deepened experience of freedom and contentment through my own practice has motivated me to teach meditation and to accompany others in their own developmental processes.
Share on email
Share on facebook
Share on twitter
Share on whatsapp
Share on linkedin

In this essential contemplation, we explore the connections between inner growth and a deeply rooted cultural transformation.

This is our growing collection of inspiring documentaries for cultural transformers.